Thanks For the (Good) Memories 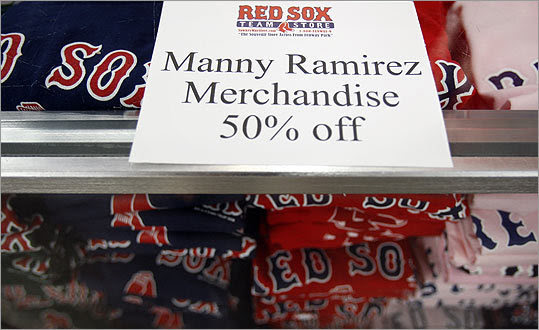 I read this from Gordon Edes of the Boston Globe this morning. And it's the reason why the Red Sox made the deal they made, and why Manny Ramirez is now in Los Angeles.

Management had taken an informal poll of the club's veteran leaders; what it was hearing was that Francona was in danger of losing the clubhouse if Ramírez was allowed to continue in the same vein, begging off from playing because of injuries teammates privately questioned, obsessing on his contract, playing hard when the mood suited him.

Uniformed personnel and management also felt there was a risk Ramírez would quit on the team, even though he had plenty of incentive to play hard with a new contract at stake.

OK, now it's time to turn the page. The deal is done. Time to forget all this hogwash and move on and try to win another championship.
Posted by The Omnipotent Q at 11:22 AM