Trivia folks: some sad news to pass along to you. I am no longer hosting Trivia at Professor Thom's anymore. I was told by text message last night that my services as host was no longer wanted, as they have decided to bring in some trivia company to host trivia there every week. I'll be honest and say that I knew it was coming.

There was almost no publicity in the place about Trivia Night, and the crowds continued to decrease and decrease. So I guess I was going to take the fall for it and I did yesterday.

I want to thank all of you who supported my second stint at Professor Thom's these past three years. You all made it a joy to host Trivia there. I'm not sure what my next move will be. I may try to find a new bar in Manhattan to host a Trivia Night.  I will let all of you know here at the blog and at the Facebook page what I decide to do.

I wish all of you the best. Thanks for the support over the years.

It was a rainy Tuesday night in New York and we had a small, but enthusiastic turnout for Trivia.  The guys from DIMS pulled away by the third round, getting a perfect score in the Q Train lightning round and went on to an comfortable victory, rolling up 52 points. Congratulations to Ken and Darek on their first win of the decade.

Second place went to This Pitcher Smells Like Gwyneth Paltrow's Vagina (who also won for Best Team Name; yes, I had to say that name all night long!) with 29 points and third place went to Harry Potter's 9" Wand with 22 points.

Current Events
1. What film won Best Picture (Musical or Comedy) at the Golden Globes last week?
2. A failed baseball prospect named Garrison Lassiter announced he is suing what onetime NY baseball superstar player and his team for $34 million because they "derailed" his career and protected the superstar?
3. What TV network settled a $250 million lawsuit with Covongton Catholic student Nick Sandmann, after a January 2019 incident in Washington DC with a Native American he felt was slanted against him?
4. What Oscar-winning actor was recently credited with saving a man in the Caribbean who fell off his yacht over the New Years holiday?
5. What male pop singer last week revealed that he was recently diagnosed with Lyme disease and chronic mononucleosis?
6. What retail chain announced they will close 29 stores across the US despite upbeat sales during the recent holiday season?
7. Neil Peart, who was a Rock'n'Roll Hall of Fame drummer from what classic rock group, died last week from brain cancer at the age of 67?

IQ Trivia
1. Dendrophobia is the fear of what objects? ( 5 points)
2. What 1979 war epic was inspired by Joseph Conrad's 1899 novella "Heart of Darkness?" ( 4 points)
3. In 1927, the first commercial transatlantic telephone conversation connected which two cities? ( 3 points)
4. What is the only US state in the Deep South that currently has a Democratic governor? ( 4 points)
5. Rembrandt Peale and Gilbert Stuart are best known for doing more than 100 paintings of what American historical figure? ( 4 points) 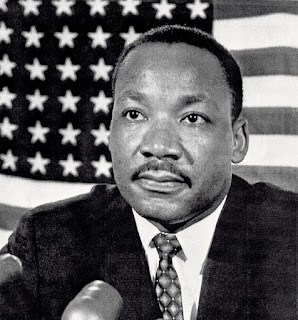 Trivia will be happening this Tuesday night, January 14th at 8:30 PM, with "African American Trivia" as the Special Category, in honor of the upcoming Martin Luther King national holiday. It will be seven questions about the contributions that African Americans have given to American culture, in history, sports, politics, music and more. The Q Train lightning round will be "TV Cities Trivia.” I will give you the names of ten classic and current TV shows, and you have to tell me the name of the major American city the show was set in. Every answer will be a different city.

The Sneak Peek question for this week is:
"What is the boiling point of water in degrees Celsius?"

I look forward to seeing many of you this Tuesday night for another great night of Trivia Q&A!
Posted by The Omnipotent Q at 10:57 AM No comments:

We got the decade of the 2020s off to a good start on Tuesday night, as 10 teams were in for Trivia. (I was a bit concerned when we just had a handful of folks in at 8 PM, but it was a late arriving crowd, and it was good to see you all.) The scores on the first two rounds were on the lower side, and we had a rare four-way tie going into the Q Train lightning round. But we had a three teams separated by one point heading into IQ Trivia, and the team of WWIII Vets pulled out a one-point win with 44 points to take the first Trivia Night of 2020. Congratulations to the Vets on their first ever Trivia Night victory.

Current Events
1. A 120-foot yacht belonging to what pop singer caught fire in a Miami marina and capsized last month, and a $7 million vessel was a total loss?
2. Which European country fined Google $166 million recently for "abusing its dominant position" in the online ad market?
3. The NY Post selected what local baseball star as the New York Athlete of the Decade for the 2010s?
4. According to an Insider survey, what city was selected as the "Rudest City in America" for 2019?
5. Last month, the FDA officially raised the minimum age to purchase all tobacco products to what age?
6. What Oscar-winning actor received an honorary citizenship to the nation of Greece last month, especially due to his actress wife's Greek ancestry?
7. What Oscar-nominated actress was blocked from the using the dating app Bumble recently, after some users reported her profile, thinking it was fake, but her account was later restored?

Events From 2019 Trivia
1. What song streamed so much in 2019, and had its video with more than 2.2 billion views on YouTube, that it landed on the Billboard Hot 100?
2. What film, which was released last April, became the highest-grossing movie of all-time?
3. Name 1 of the 4 nations that legalized same-sex marriage in 2019.
4. Who was selected the AP Female Athlete of the Year for 2019?
5. What country became the first to land a spacecraft on the far side, or "the dark side of the moon" last January?
6. What company was hit with a record $5 billion fine last July by the FTC for mishandled user privacy practices?
7. What film won the most Oscars (four) at the 2019 Academy Awards last February?

IQ Trivia
1. At $150 billion, what is the most expensive object ever built? ( 5 points)
2. Cristina Fernandez de Kirchner, the former president for 8 years of what country, became vice-president of the nation last month? ( 4 points)
3. "The Secret of the Old Clock" was the first book in what series of mystery novels? ( 4 points)
4. "The Shop Around the Corner", a 1940 comedy classic, was the basis for what 1990s Tom Hanks film? ( 3 points)
5. On April 2, 2006, what US state became the 48th state to observe daylight savings time statewide? ( 4 points)

We Kick Off a New Decade on Tuesday 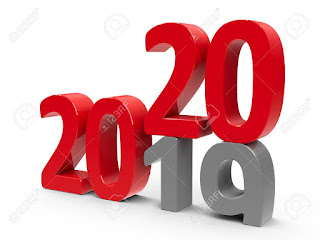 Trivia Night will open up the decade of the 2020s this coming Tuesday night, January 7th at 8:30 PM at Professor Thom's, with "Events From 2019" as the Special Category. It will seven questions about the year of 2019 just completed, in pop culture and other subjects. The Q Train lightning round will be "Oscar Nominees of the 2010s Trivia." I will give you the names of ten actors and actresses who were nominated for acting awards in the decade just completed, and you have to tell me how many Oscars they were nominated for (not wins, just nominations). BTW, I will also be including the 2009 Oscars in this category (the awards that were handed out in early 2010). So it will be the Academy Awards for the past ten years. (I hope that isn't too confusing.)

The Sneak Peek question for this week is:
"What European city has the world's oldest subway system?"

I look forward to seeing many of you on Tuesday night, as we kick off a new decade of Trivia Night at Professor Thom's!
Posted by The Omnipotent Q at 11:31 AM No comments: