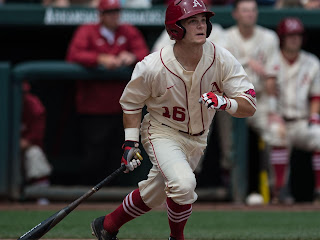 Good luck to both players. As Ed Norton once said on "The Honeymooners" when asked where he lived, "The garden spot of the world, Brooklyn, USA." God bless the borough I was born and raised in, and always love when a nice story like this pops up.
Posted by The Omnipotent Q at 10:42 AM No comments:

"The Selling of the Babe" 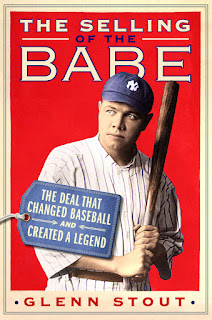 Acres and acres of forests have been leveled in writing about the Red Sox by hundreds of authors down through the years. Many of turned out to be pretty pedestrian, and but some of grown to be revered over the years.

Historian Glenn Stout recently released a book called "The Selling of the Babe: The Deal That Changed Baseball and Created a Legend." I would definitely put this book in the latter category.

Stout previously has written two of my favorite Red Sox-themed books: "Fenway 1912" and "Red Sox Century" (with Richard Johnson). And I'll add "The Selling of the Babe" to make it a trio.

The book is centered around three important years in early Red Sox history: 1918, 1919 and 1920. Babe Ruth is the pivotal figure in those years, as the Sox won their fifth World Series title in their history in 1918 and the fourth of the decade. It is also the conversion of baseball to the Live Ball Era, which Ruth singlehandly pulled off.

Stout lays out some of the myths regarding Ruth, and how his legend was born upon the deal that sent him to New York. He states that since Ruth rarely went on the record himself (as he always had ghostwriters writing bios about him, and he never wrote anything himself), It's hard to distinguish myth from fact. Stout does a masterful job with his research, and you really get to know the man who singularly changed baseball forever, as the home runs he hit at a rate never before seen set the country on its collective ear.

And what I enjoyed the most about the book was the destruction of many of the myths regarding Ruth's sale to New York. Red Sox owner Harry Frazee was NEVER going broke at any time (in fact he died a very rich man), and wanted to buy Fenway Park, which was owned by former Red Sox owner Joseph Lannin after he sold to the club to Frazee (and was already going into disrepair). Frazee had a cash flow problem, but wasn't about to declare bankruptcy. Yankee owner Jacob Ruppert was a beer baron, and with Prohibition coming in 1920 decided he had to make the Yankees his main source of income, and needed a star to compete with the rival New York Giants. And since five of the eight AL owners were against both Frazee and Ruppert, they had little choice but to deal among themselves. It was a perfect storm that led to Ruth heading to New York.

And forget that "No, No, Nanette" crap. It didn't reach Broadway until five years after Ruth left Boston.

I also found it interesting Stout talking about the Yankees "hoodoo", a term created by the media back when New York was a club that couldn't find a way to win an AL pennant, as something would always go wrong when they got close. How that changed when the Babe arrived in New York.

The book also is a defense of Frazee, as Stout points out that the majority of the deals between the Red Sox and Yankees were not "one-sided" at the time they were consummated, but on paper deals that would help both teams. It shoots down the "Rape of the Red Sox" the media has talked about all these years, not to mention the media-created "Curse of the Bambino". All I can say is: thank you for destroying that myth, Glenn.

Ruth is also shown to be a very self-centered prima donna who jumped the Red Sox twice in 1919 as fame went to his head. It was clear Frazee had had enough, and the deal for Ruth would solve most of his problems, and not just the cash flow ones.

So, if you are looking for any book that talks about stupid stuff like curses and that sort of thing, look elsewhere. Glenn Stout has written a terrific book that should be must reading for anyone who has an interest in the time when the Dead Ball Era became the Live Ball Era. And baseball would never, ever be the same again.
Posted by The Omnipotent Q at 11:23 AM No comments: 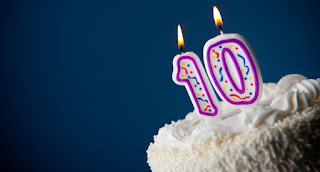 It was 10 years ago today that Yours Truly got into the blogging business, and "The Mighty Quinn Media Machine" was born.

It's been 4,750 posts since the start, and it's been a great ride. We've seen the Red Sox win two World Series in that time, hosted Trivia Nights in various places (still hoping to back on the horse soon), and still hoping to see the Minnesota Vikings win a Super Bowl before I leave this earth.

I guess I'm most proud of how I have remembered my late friend Joyce here every September 11th.

I've met so many great people through this blog, and have gotten some wonderful and inspiring feedback from my posts. I have curtailed my writing here over the last few years, but I have no intention of ever stopping. You never know, it may actually pick up again as time goes on.

So my thanks to all of you who have made my blog a joy to write over the years. I couldn't have done it without you.
Posted by The Omnipotent Q at 11:07 AM 2 comments:

For those of you who are on Facebook (isn't that like the whole world these days?), you can now catch me every day at The Remy Report FB page.

Recently, I was chatting with John O'Rourke, who is good friends with Jerry Remy and runs his official site, The Remy Report, and the Facebook group of the same name.

John was kind enough to ask me if I would like to send him a Red Sox "Fact of the Day" type of thing for the Facebook group. I thought that would be fun, so John will post it there every morning for Red Sox fans to check out. It is called "The Remy Report: Today's Baseball Fact."

It will be facts from all aspects of Red Sox history, and also from MLB history from time to time. Here was my first Red Sox fact from earlier this week: 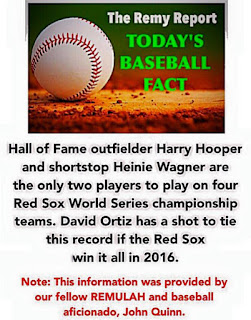 Please note that The Remy Report on Facebook is actually a closed group, so you will have to request to join it. But that shouldn't be a problem. I look forward to sending in a cool Red Sox fact every day, and my thanks to Jerry Remy and John O'Rourke for allowing me to be a part of their group.
Posted by The Omnipotent Q at 10:34 PM No comments: