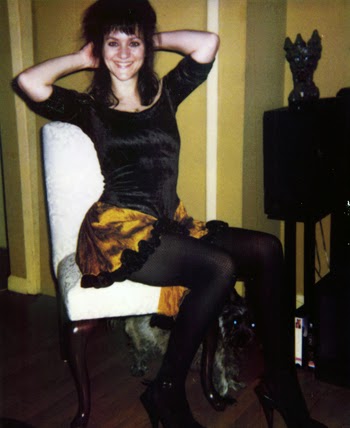 As many of you who read my blog know, September 11th is the most sacred day of the year for me. It is a day that America was attacked on her shore by terrorists, and nearly 3,000 innocent people lost their lives. And it was personal for me, as my dear friend Joyce Carpeneto was one of those souls.

I have honored her here on this site every year since I started this blog back in 2006. I will be at the ceremonies at the World Trade Center site on Thursday for the 13th straight year. There simply isn't any other place I could be on this day but there.

Every year, all of the names of the 9/11 victims are read during the morning's ceremonies. Loved ones of the lost, first responders, workers at the rebuilding of the site and many others have been readers. This year it will once again by the families of the victims who will do the readings.

The 9/11 Memorial and Museum holds a lottery in August to determine who will do the readings. Almost on a lark I entered my name in the lottery, not really thinking it would be picked. But on August 19th, I was notified that I my name was picked to be a reader. It was literally a dream come true. It is something my dear friend Deborah and I have always wanted to do to honor Joyce and all the victims.

But I received a call later in the day from another person from the Museum, asking me to call them back. I did the following morning, and I was told that since Joyce and I were NOT blood relatives, I was not going to be allowed to do the reading, as it wouldn't be fair to those families who lost out. I certainly wasn't going to pretend I was her brother or cousin, as I could never in any good conscience do a lie like that. I said we were dear friends, and that is true.

I understood their reasoning, and I have to admit that they were rather nice about it and not at all obnoxious. I was not upset or angry about it. Just disappointed. Friends of the victims have always been looked over in the ceremonies, and that is a shame.

I will see the loved ones reading the names on Thursday, and it will make me sad that I wasn't allowed to do it. Joyce and I may not have been related, but she will forever be family to me. Always.

Thank you. Your posts help me...I AM family and had I been asked if it were ok for you to read her name, which I watch every year to cope and pay respect to Joyce- I would have said you should read her name, you have honored my cousin so beautifully year after year, it is a blessing. Thank you for having photos, stories, etc...they have made me smile when it seemed impossible. xo

I am so touched by your email. Thank you so much, and I am so glad to have helped you by the way I have honored Joyce. Thanks also for the very nice words you wrote about the reading. I wish you and your entire family all the best, and will be thinking of you at the ceremonies later today.

I had the Reading Of The Names on my television and when the programming started, I saw a photo of Joyce held up! First thing I saw when it came on. Was that you holding it up? They had the ABC logo and some words across the bottom of the screen so I couldn't see if a man or woman was holding the enlarged photo...I watched the names and I thought of Joyce, of course, but also of you and Deborah (who I also do not know except of you mentioning her as a friend of Joyce) and Joyce's family. I spoke with my family about Joyce today as well, and let them know about what you've written. My Grandmother is not a computer person so I had to explain what a blog was :) It's interesting, I have been following what you've written about her since that horrible day, but only this year I finally pushed myself to say something, not sure why this year- but I am glad I finally thanked you personally...Please keep writing and please keep attending...YOU keep her alive. I try to let people that I know, know about her and do the little part I can in helping to do that as well. I feel it is important for all of those who were lost that day to be honored and for their friends and family to try to make sure that happens...
Do you feel up to sharing what today's ceremony was like? I heard it was a more private ceremony, only allowing family and friends and then the museum was allowing visitors this evening? Or do I have that information wrong? I am not in New York. I pay my respects to Joyce every time I visit- but oddly enough, the last two times that I was home, the weather was awful and I could not get down there...I am planning to go there on my next visit.
Regards....

I taped the ceremonies on one of the local stations, and also saw Joyce's picture being held up in the air. That was my friend Deborah holding it, and I was standing next to her holding another picture.

I can't begin to tell you how much your last post means to me. I am so touched by your lovely sentiments, and how much you are affected by what I have written about Joyce. Rest assured, I will honor her on my blog for as long as I keep writing it, and I will be at the ceremonies every September 11th until I die. Please do pass on my regards to your family, as well as my sympathies.

I wasn't planning on writing anything on the blog about the ceremonies. But if you'd like to email me privately, I can tell you more about it. (You can email me at: jbq1462@hotmail.com) It was a very emotional day as it always is on September 11. It was only for victims' families, and the museum was open just to them until the memorial and museum was open to the public at 6 PM.

Thanks again for taking the time to let me know your feelings about my writings of our beloved Joyce. May God bless her and all those lost on 9/11/01. Be well.