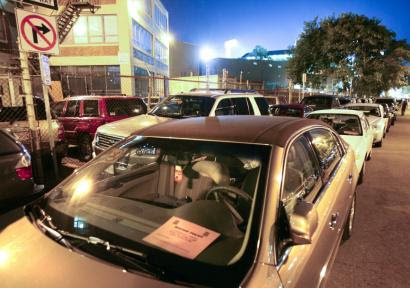 Saturday night's pitching matchup at Fenway Park was Paul Byrd vs. Roy Halladay. It was Byrd's debut at Fenway Park as a Red Sox starter. But putting these guys together in the same game meant you might get out of Fenway early if you were in attendance.

And sure enough, the game took barely 2 hours and 15 minutes. The Sox have a good history against Halladay, as he has a 10-11 lifetime record against the Red Sox going into the game. But Halladay the Horse was on hand, and pitched a complete game as the Blue Jays won, 4-1.

Byrd did not pitch badly. He allowed a two-run homer to Alex Rios in the first to make it 2-0, and it stayed that way until the sixth, when Adam Lind went deep to make it 3-0. He was never really in any trouble until the 8th, when Rios tripled, and scored on Vernon Wells' single, to make it 4-0. He pitched like you would expect, as he kept the Red Sox in the game.

Halladay was just that much better. He had a shutout until the ninth, when Dustin Pedroia led off with a home run. He went all the way in getting his 14th win, and his 8th complete game of the season.

Last night's rainout will be made up as a day/night doubleheader on September 13, so Sunday's game with Josh Beckett on the mound will be the finale of the two-game series.
Posted by The Omnipotent Q at 9:38 PM