Remembering Those Who Gave All, On Film 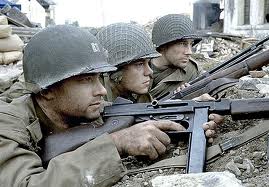 Trivia Night at Professor Thom's will once again be on Tuesday night this week, May 29th at 9 PM. And this week's Special Category will be "Country Borders Trivia." I will give you two countries, and you have to tell me what mutual country they both have a border with. Like if I said, "Canada and Mexico." You would say "USA." Simple enough? Yep. (That will not be one of the choices however.)

The Q Train lightning round will be, in honor of this Memorial Day weekend, "American War Movies Trivia." I will give you the names of ten famous war pictures and the year they were released, and you will tell me which war they are based on.

The Sneak Peek question for this week is:
"In what country would you find the Ural Mountains?"

We'll get going right around 9 PM. Quick word about next week. The Celtics are in the Eastern Conference Finals, and should there be a Game 5 next week, it would be on Tuesday night, June 5th. So that means that we would have Trivia the previous night, Monday, June 4 at 9 PM. If there is a sweep, Trivia would be on Tuesday.

Hope to see many of you on Tuesday night this week.
Posted by The Omnipotent Q at 11:25 AM