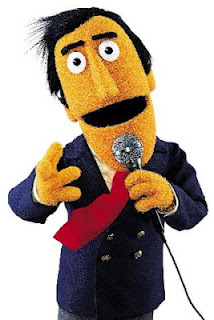 It didn't look good early for Jon Lester, as he allowed a run early to the Detroit Tigers early in the first, and two more in the third. An early exit looked like it might indeed happen.

But to Lester's credit, he settled in and got the Red Sox to the 7th inning.

The Sox could do little with rookie Drew Smyly, who was facing the Red Sox for the first time. (No, not the guy pictured, and I bet Drew has had to put up jokes like this his whole life. Sorry, I couldn't resist.) He allowed just a single to Marlon Byrd through the first 3 2/3 innings. But it was a classic case of getting to a pitcher no one has seen before the second time through.

Adrian Gonzalez doubled, David Ortiz hit a bomb into the bleachers, Kevin Youkilis singled and Will Middlebrooks hit a laser beam into the Monster seats, and like that, it was 4-3 Sox.

Detroit tied it in the 7th on Miguel Cabrera's double down the right field line that Gonzalez just missed catching. But the Sox grabbed the lead back in the bottom of the inning, courtesy of Gonzalez' second ground rule double of the night, which scored Daniel Nava.

Kevin Youkilis hit the third Sox home run in the 8th, and scoreless relief from Andrew Miller and Alfredo Aceves (pitching in his fourth straight game) locked up a 6-4 win. The Red Sox now trail the first place Orioles by just 2 1/2 games, despite the standings showing them in fifth place.

The Red Sox have now won 14 of 19 and three straight from the slumping Tigers, and Josh Beckett tries to get the Sox the sweep tonight.
Posted by The Omnipotent Q at 11:13 AM