I think many of you may remember this: 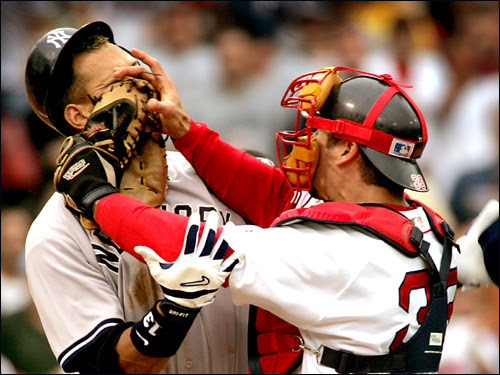 And this, later in the same game: 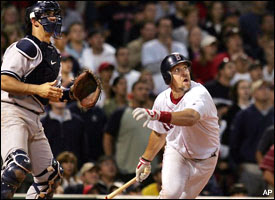 And of course, this:

Which led three months later to this: 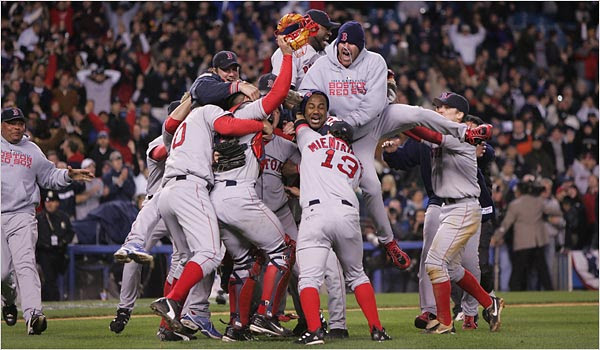 It was four years ago today that the Red Sox played one of the most memorable regular season games against the Yankees at Fenway Park, which many feel was the turning point of the 2004 season. Such enduring images: Slappy tastes a faceful of Tek's glove, and Billy Mueller takes Rivera into the bullpen for a 10-9 win. Some happy memories as the Evil Empire comes into Fenway this weekend.
Posted by The Omnipotent Q at 11:36 AM

I know Tek says he doesn't like that photo, but it's one of my favorites.

One of my faves too, Suldog. It's also proudly shown behind the bar at Thom's as well.

Anything that reminds me of when Tek could hit is great.

Thanks for the memories!