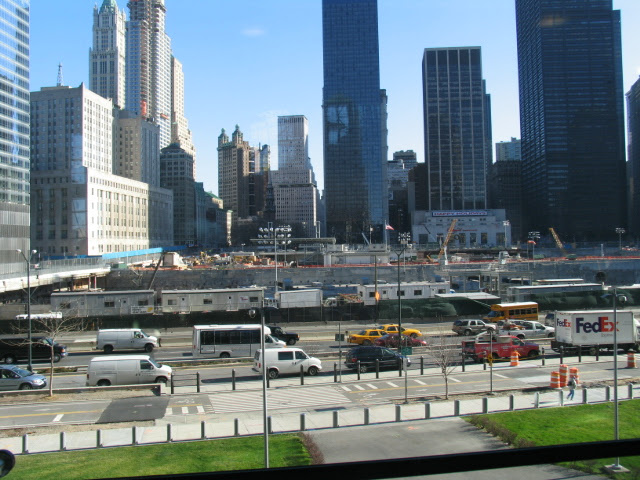 Yesterday, we finally had some straight talk about the rebuilding mess at Ground Zero.

The new head of the Port Authority, Chris Ward, yesterday said that almost all the timetables set up for the rebuilding projects at the World Trade Center site are totally unrealistic, and many won't get finished until well into the next decade.

Everything going on there is behind schedule and overbudget. The Freedom Tower, the PATH station, the other towers, the 9/11 Memorial, and the removal of the Deutsche Bank building. None of the construction projects will be ready by the end of this decade. All of the flowery speeches from all the public figures involved, from former Governor George Pataki to developer Larry Silverstein, masked the fact that the whole thing seemed to have gone off the rails.

Ward has promised that he will get all of the parties involved: city, state, Silverstein, the memorial foundation together this summer to iron everything out and get it back on track.

I received an email today from the National 9/11 Memorial and Museum assuring us that the design of the memorial is not going to change and that the target date of its opening, September 11, 2011, the 10th anniversary of the attacks, is still a realistic one and can be achieved. (Although what I read in the papers is that it won't be done by that date, and no one knows what the final cost of the memorial will be.)

I can only hope that they are correct. It is an ongoing tragedy that Ground Zero is basically still an empty hole, that is filled with nothing but empty promises for nearly seven years. The 9/11 Memorial is without question that most important part of the rebuilding of Ground Zero, and the 9/11 victims and their families deserve the best possible memorial at the site of the worst tragedy in this country's history.
Posted by The Omnipotent Q at 2:45 PM