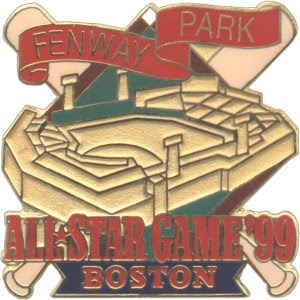 This week we will be doing Trivia Night as MLB's All-Star Game will be taking place, so to honor that great traditional game, we will be doing a round of "All-Star Game Venues Trivia." I will give you the name of a stadium that hosted the game and the year it happened, and you will tell me what city that stadium is (or was) in. They will be of the more recent vintage, and "Fenway Park, 1999" will not be one of the ones asked.

"The Q Train" will return with another round of "Spell the Word." I promise you it won't be as hard it was two weeks ago! We will also have the usual three other categories as well, and we'll get going at about 9 PM.

The Sneak Peek question is:
The first laser produced a beam that was what color?

Hope to see many of you for Trivia tomorrow night.
Posted by The Omnipotent Q at 5:14 PM