Happy Birthday to an Icon 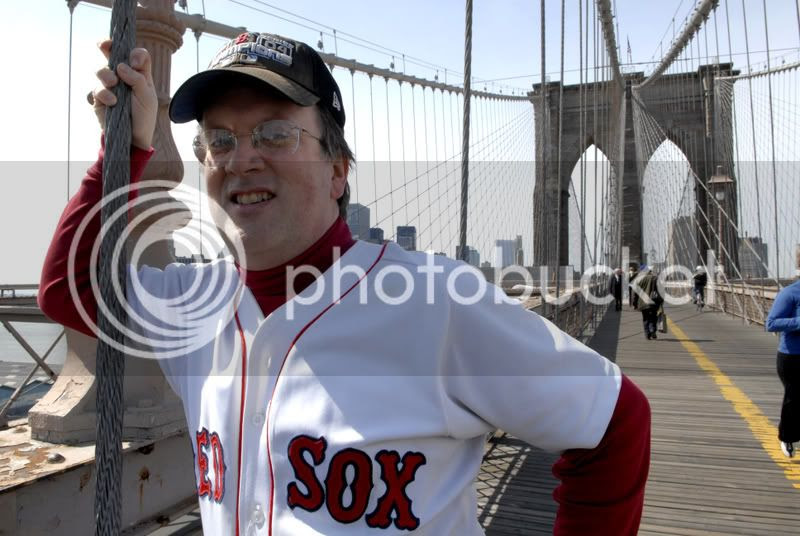 Today marks a very special day in the history of New York City. The Brooklyn Bridge officially opened on this day in 1883, so the iconic landmark that is New York turns 125.

The bridge is still incredibly beautiful, and I have crossed it numerous times. Walking across it is still one of the joys of being in New York. In April 2007, I had a number of photos taken of me for an article about Red Sox fans around the world for Red Sox Nation magazine. The picture included here was one of those taken, but it wasn't used in the magazine.

There have been a number of celebrations marking this special anniversary, including a fireworks show over the East River the other night. Here is some of it, as captured through YouTube:

Happy Birthday to the Brooklyn Bridge. May it be around another 125 years and beyond.
Posted by The Omnipotent Q at 1:04 AM

Hey John, let's walk across the BB during my visit in June. I've never walked across it, but it's my favorite bridge. Also, its birthday is the day after mine!