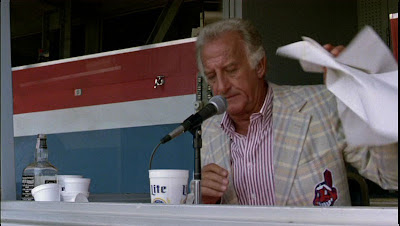 That's what many Red Sox fans were saying after something happened today that many of us thought never could happen: The Tampa Bay Rays swept the Defending World Champion Boston Red Sox in a three-game series.

Yes, I know the Rays are a better team this year, and are perhaps the best Tampa Bay team in their short history. But that doesn't make up for the lost weekend the Red Sox just suffered through. They scored just five runs in three games, and just one (yep, just one goddamned run) in the last two games. The Red Sox offense was simply MIA, especially today. (David Ortiz was out of the lineup for the second straight day, which leads me to believe there really is something wrong with the Big Man.)

Josh Beckett was simply superb, striking out a career-high 13 batters, and allowed just one earned run on four hits. A wild throw on a pickoff at first allowed a run to come home for Tampa Bay as J.D. Drew made a bad throw to try to catch him. And Beckett allowed a seventh inning home run to Evan Longoria, and that was all she wrote, as the Rays went on to win 3-0.

Taking nothing away from the games Edwin Jackson (on Saturday) and James Shields pitched today (a two-hit shutout), but the Red Sox looked really sluggish this weekend and they also looked like they couldn't wait to get back on the plane to Boston. They've now dropped five straight for the first time since 2006, and face the Blue Jays at Fenway Park on Tuesday night.

Let's hope they can get at least more than two goddamned hits then.
Posted by The Omnipotent Q at 8:33 PM

Gams suck lately.
My wife has been in the hospital for over a week. The only silver lining is that I've been up there and haven't been able to follow games live. Maybe a good thing, they've undoubtedly been hard to sit thru. (She's going to be fine, btw, a staff infection of her portacath - but clearing up now.)
No offense lately, although I'm encouraged knowing that offense streaks, and will come back. Pitching can be a season-long thing and this looks to be a good season based on the past few performances. Methinks the arms are finally getting stretched out and warmed up after the shortened spring sessions due to the trip to Asia.
So if we can just get the O going with the starting pitchers, we won't have to worry so much about our most likely weakness, which is our middle relief.
BTW - saw you mentioned on Jere's blog, so I came over to read about your on-field antics. Congrats!

All the best to your wife, Sosock. Sorry to hear about all of her medical problems.

It's a long season, a marathon, but getting swept in Tampa is the pits. Mike Lowell maybe back tomorrow, and that is encouraging for the offense.

I met up with Jere at Fenway last Thursday, and it was cool he mentioned me in his blog. Walking on the field was just a thrill I'll never forget!