Thanks a Lot, Don 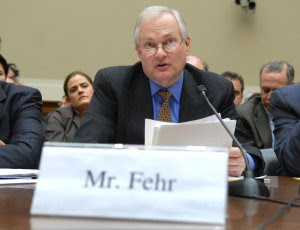 Yesterday, MLB Players Association chief Don Fehr announced he was stepping down from the position he's held since 1985.

I want to take this opportunity to thank him for everything he's done.

Thanks for driving players' salaries into another stratosphere.

Thanks for making the average family have to take out a second mortgage to go see a game live in person.

Thanks for stonewalling drug testing in baseball, for hiding the dirty players for years, for making the home run records a joke. Thanks for not getting rid of the 2003 drug testing survey when you should have. (I'm sure Alex Rodriguez, Sammy Sosa and 102 other players won't be sending you Christmas cards this year.)

Thanks for cancelling the 1994 World Series, for absolutely no reason. Thanks for leading a so-called "strike" that had fans comparing the two sides to the Iran-Iraq War of the early 1980s. ("I hope they kill each other.")

Thanks for making every clean player a laughingstock, and for every time a player challenges a record the words "I wonder if he's on the juice" is said. Thanks for endangering the health of every MLB player on your watch.

Thanks for operating a union without ethics or any moral compass.

So long, and don't let the door hit you in the ass on the way out.
Posted by The Omnipotent Q at 12:20 PM

Has there ever been anyone in a similar position in any sport who has done as much damage? Hard-pressed to think of one.

And it is damage that is irreversable. And I dread in coming years when there will be players suffering the effects of taking steroids and dying young.

I hope he can sleep at night.