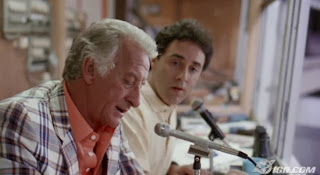 In the immortal words of the great Harry Doyle in "Major League", "What, only one goddamn hit?"

That's all the Red Sox could muster in a putrid 1-0 loss to the Detroit Tigers at Fenway on Saturday night, an ignominious start to the ALCS. They were no-hit for the first 8 1/3 innings.

Do you remember Detroit's last visit to Fenway, on September 4th? A 20-4 Red Sox laugher, with 19 hits. They sure didn't look like that team tonight.

The Sox struck out an amazing 17 times against Anibal Sanchez and four other pitchers. Sanchez allowed no hits and six walks through 6 innings. He threw 116 pitches and was done after 6. They could muster nothing against an inferior Detroit bullpen, until Daniel Nava singled with one out in the ninth to avoid the embarrassment of being the third team ever to be no-hit in the postseason.

They hit only four balls to the outfield all night long. Even had the Red Sox been no-hit, I would still be more pissed off about the "0" in the runs column. (No-hitters are embarrassing for about 24 hours, but the pathetic offense displayed tonight has me plenty concerned about the rest of this series.)

Jon Lester was terrific, going 6 1/3 innings and allowing one of the AL's best offenses just one run. He definitely did not deserve a loss. I'd feel better about things if the Sox had lost say a 3-2 or 4-3 game. If they had just been edged out late the Tigers in a game they hit I'd be a bit more confident. Last night was worrisome, especially with the quality of Detroit's starting pitching.

The Sox are in a hole, dropping the first game of this ALCS. The Tigers have accomplished what they needed to do, win one on the road, and have Max Scherzer, who may very well win the Cy Young Award, going on Sunday. The Sox have to come out firing tonight, and show that the Game 1 loss with just one "goddamn" hit was just an aberration. They absolutely, positively can't go to Detroit down 0-2, not with Justin Verlander waiting in the wings.
Posted by The Omnipotent Q at 12:24 AM