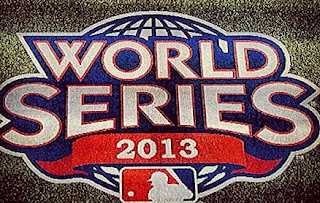 On Tuesday night, October 22nd at 8 PM, we will have "World Series Trivia" as the Special Category at The Mad Hatter, in honor of the Fall Classic, which kicks off at Fenway Park with Your Boston Red Sox taking on the St. Louis Cardinals the following evening. It will be seven questions about the Series, and they will be multiple choice, so those of you who aren't big baseball fans have a fighting chance.

The Sneak Peek question for this week is:
"Molson and Labatt beer are both brewed in what country?"

We get going shortly after 8 PM. The Mad Hatter is located at E. 26th Street and 3rd Avenue.

Don't forget that in two weeks from Tuesday (on Election Night, November 5th) will be having a special night of Trivia to send a representative team to the 2013 NYC Bar Trivia Tournament, to be held at a day and place still to be determined.

Hope to see many of you on Tuesday night for another great night of Trivia Q&A!

UPDATE (10/23): We didn't have Trivia Night on Tuesday, as we didn't have enough teams to make it a proper contest. Very disappointing, and thanks to the few who did make it out. And thanks for your loyalty always. Hopefully we'll have enough people for Trivia Night next Tuesday. See you then.
Posted by The Omnipotent Q at 5:07 AM