Big Papi: The Man, The Myth, The Legend 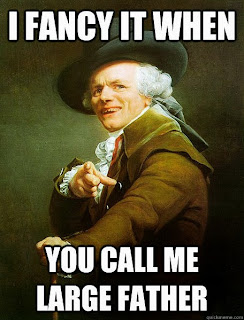 When David Ortiz stepped into the batter's box in the bottom of the 8th with the bases loaded, two outs and down 5-1, my thoughts were that the series, and indeed the season was on the line. I looked up to the sky and wondered if it was asking too much if he could belt one out.

I guess it wasn't.

Papi's blast in the 8th, and Jose Iglesias' error in the ninth on Jonny Gomes' infield hit (followed by Jarrod Saltalamacchia's single) capped a comeback for the ages, and the Sox, who were frustrated all night by Max Scherzer, even the series, 6-5.

Big Papi's blast rivals the one he hit in Game 4 of the 2004 ALCS. He simply turned this series on its ear, and in another direction. And his Hall of Fame resume just got even bigger.

And just before Papi stepped to the plate, I saw this video on Facebook, I think it really helped: