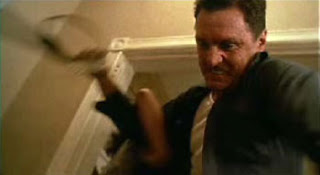 Jon Lester had nothing, and gave up seven runs. Mark Melancon gave up three home runs and didn't get an out, and now has an ERA of 49.50. (And a ticket to Pawtucket coming?)

"Every once and a while I'd have to take a beating.﻿ But by then, I didn't care. The way I saw it? EVERYBODY TAKES A BEATING SOMETIME."

But hopefully not this bad again.(It was also the first time the Sox lost by 15 runs in 12 years.)

Josh Beckett goes for his second win tonight.
Posted by The Omnipotent Q at 11:48 AM