Clint & the Dead Featured This Monday 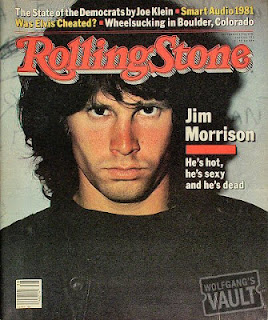 Due to Tuesday night's Celtics-Hawks playoff game, we will be having Trivia Night this week on Monday, April 30th at 9 PM. (And next week as well, if the series does not end in a sweep for either team.) The crowds are anticipated to be rather large on Tuesday night, so doing Trivia will be nearly impossible with so many focused on the game. So on Monday night, the Special Category will be another edition of "Dead Rock Stars Trivia." I will ask you seven questions about rock (and other pop) stars who left this world way too soon.

The Q Train lightning round will be "Clint Eastwood Film Trivia." I will give you the names of ten popular films, and you have to tell me if the great Mr. Eastwood appeared in that movie.

The Sneak Peek question for this week is:
"What modern country was once home to ancient Aztecs?"

We get started right around 9 PM on Monday night. I appreciate all of you who are able to change your schedule and are able to come out on Monday. This entire month will we keep a close eye on the Celtics and their progress, and any games on Tuesday nights will move our Trivia Night over to Monday. I hope to see many of you on Monday night.
Posted by The Omnipotent Q at 10:58 AM