The Most Overrated Player in Baseball Is... 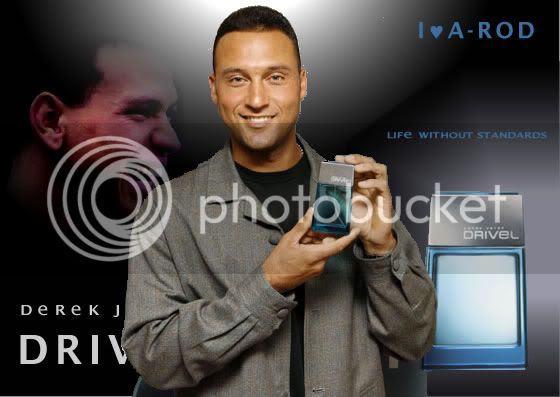 This guy (pictured), according to a Sports Illustrated poll of 495 players, to be published next week. More from the NY Daily News.

You know you'll hear the howls of protest from Yankee fans about Derek Jeter winning this "honor." They will rattle off the litany of Jeter's accomplishments: four World Series rings, team captain, World Series MVP, eight time All-Star, two Gold Gloves, etc. And also about the average major leaguer is just secretly envious of the fact he's adored in the nation's biggest media market and all the babes he dates, that sort of thing.

It will be just like last winter, when Jeter was picked as the worst defensive shortstop in baseball. Yankee fans screamed he wasn't, even if the numbers seem to bear it out. Listen, Jeter is still a terrific hitter, and the one guy I hate to see come up in a game against the Red Sox in a late inning situation with men on base. There's no doubt he's on his way to the Hall of Fame, barring some unforeseen circumstance.

It's just that he's not a good shortstop, and it is there where Jeter is clearly overrated. (Gold gloves are little more than a popularity contest and a joke of an award.)

The rest of the poll found Barry Zito finishing second with 9%, Alex Rodriguez and J.D. Drew tied with 7%, and David Wright and Kevin Youkilis (Youk overrated, really?) at 4%. Should be an interesting article to read, when it comes out next week.
Posted by The Omnipotent Q at 11:04 PM