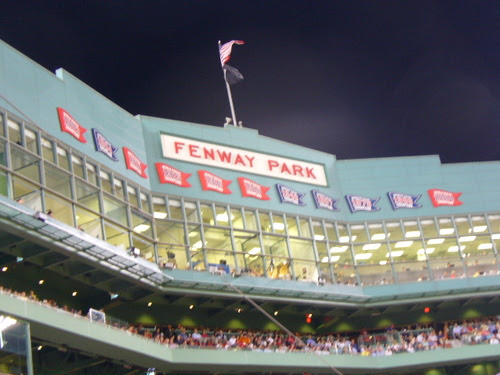 The Lakers avoided being eliminated on Sunday and defeated the Celtics, 103-98, and forced a Game 6 in Boston on Tuesday night. So that means that Trivia Night will indeed be held tonight, Monday night, June 16th, at 9 PM. (It could begin slightly earlier, around 8:30, but that will depend on the size of the crowd that can make it.) Once again, I do apologize that we have to move it to Monday, but we simply can't have it on Tuesday with the large number of Celtics fans that will be in Professor Thom's this Tuesday.

This week's special category for Trivia Night will be "Sports Venues Trivia." I'm going to give you the name of a famous current American pro sports venue, and you are going to tell me what city it is in. We will also have the usual four categories, plus a return to "The Q Train" of "Spell the Word," which was a success a couple of weeks ago, so it will returning on a regular basis.

The Sneak Peek question this week is:
On the children's TV series "Teletubbies," how many Teletubbies are there?

I hope to see many of you for Trivia Night tonight.
Posted by The Omnipotent Q at 12:18 AM