Another Win From The Young Blood 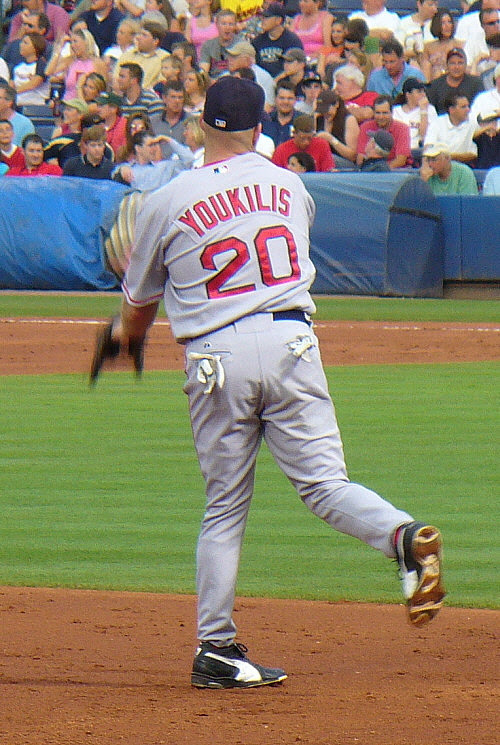 The Red Sox gained another valuable game in the AL East standings, as they won a nailbiter over the Baltimore Orioles, 3-2. The Tampa Bay Devil Rays did them a favor and beat the Yankees, 8-2, and took the series from them in the Bronx this past weekend. The Red Sox now lead by six, and the Toronto Blue Jays now come in to Boston for the next three nights.

Jacoby Ellsbury hit his MLB home run as Jon Lester pitched six gritty innings to get the win. The young reinforcements continue to do a nice job since the rosters expanded. Lester got out of a bases loaded-no out jam in the fourth, as he got a pop to second, and then a fly ball to right, in which J. D. Drew (yes, he did something positive) gunned down Miguel Tejada at the plate to perserve the shutout up to that point. Mike Lowell drove in the other two runs, including a sacrifice fly that was evntually the difference.

It was a day to forget for Kevin Youkilis, who had "the golden sombrero," as he struck out four times yesterday. It's been a struggle for him lately, as he's now struck out 11 of his 21 at-bats. But we love Youk, and today, he is the picture of the new Magic Number.

Keep fighting Youk. You'll get through it.
Posted by The Omnipotent Q at 11:15 AM