Buchholz to the Rescue 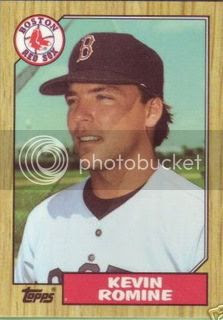 It was a back-and-forth game at Camden Yards last night, but the Red Sox ultimately prevailed over Baltimore, 7-6, when Jason Varitek singled in Coco Crisp in the top of the ninth. But the biggest story last night was again the pitching of Clay Buchholz against the Orioles.

He came out of the bullpen and pitched three solid innings. At first, he looked shaky, as he walked two and gave up a single to begin the sixth inning. But he got a 5-2-3 double play, and Kevin Cash made a great throw to nail Miguel Tejada at first. Buch then struck out Kevin Millar to end the Baltimore threat. He showed me some great poise under the pressure of a bases loaded mess, and it seems to be one of his great strengths.

Buchholz then breezed through the last two innings, and the Red Sox score in the ninth gave him his third win. Jonathan Papelbon got a 1-2-3 ninth to earn his 34th save.

It was Clamapalooza Night at Professor Thom's last night, and I watched the game and doled out some chowder to the patrons. It was a fun and successful night, as there were seven different types of chowder for everyone to try and vote for the winners. I'm not big on chowder, but most of them were quite good.

Back to the game. Big night for Coco Crisp, who had three hits, a three-run homer, and stole a base that led to the winning run. David Ortiz hit a home run that tied the game at 6. Kevin Youkilis tied the MLB record for consecutive errorless games at first base with 178. On the down side, Tim Wakefield showed some rust after missing his start last weekend, as he gave up 6 runs in just under 4 innings. Wake got his first no-decision of the year after 26 consecutive decisions. But the bullpen did a fine job picking him up.

And J. D. Drew continues to be a lead weight on this team. He came up in yet another clutch situation, this time the eighth with the bases loaded and the game tied with one out. And sure enough, on the first pitch, he grounded into a double play to destroy the rally. More and more, you expect Drew to bomb out in these situations. The fact the Red Sox pulled this game out doesn't mask the fact of what a colossal failure this guy has been.

Today's Magic Number Picture is of one of my favorite Red Sox players of the mid and late 1980s: Kevin Romine, courtesy of Adam from NYC. I always thought he was a good little fourth outfielder. His numbers weren't anything great but he played with heart. Here is his profile: http://www.baseball-reference.com/r/rominke01.shtml
Posted by The Omnipotent Q at 11:48 AM

Romine: Key player in Morgan's Magic. In fact, I just found a nice article about his day in the sun, and I'm gonna do my own blog post about it. Thanks!

No problem Jere....thanks for the mention on your blog today!