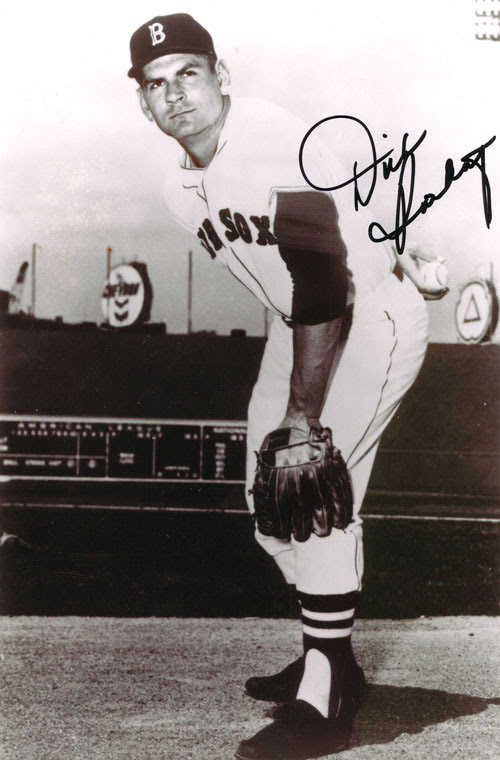 It was another big night for the Red Sox at Fenway, as they beat the Toronto Blue Jays again, 5-3, behind another splendid night from Jacoby Ellsbury. He had three hits and hit another home run, this time a two-run job. Dustin Pedroia also had three hits and continued his absolutely torrent hitting.

Josh Beckett pitched another tremendous game, going eight innings, and getting his MLB-leading 17th win of the season. Jonathan Papelbon pitched a 1-2-3 ninth to get his third straight save in as many days.

Beckett gave up a three-run homer to Matt Stairs, but other than that was in complete command. It was a night that both David Ortiz and Mike Lowell went hitless (ending Lowell's hitting streak), but Ellsbury and Pedroia more than made up for it. Terry Francona would be wise to just leave Ellsbury in left for now, and rest Manny Ramirez for as look as he needs it. No reason to rush him back, as the Sox need a fully healed Manny for October. Ellsbury has given the club an incredible spark, and at just the right time.

The Yankees won handily in the Bronx, so the Magic Number drops another digit. Today we honor a Red Sox legend in the Magic Number Picture on the left, a man who dominated Mickey Mantle in his prime, and was one of the best reasons to come out to see the Red Sox in the dark days of the early 1960s. He was known simply as "The Monster." (And I guess that photo is of Fenway's two most famous "Monsters.")

The late, great Dick Radatz.
Posted by The Omnipotent Q at 12:10 AM

I miss the Monster. Hearing that deep, cracking voice on the radio was one of life's greatest pleasures. It was a crime that his injuries shortened his career and kept him from being part of the '67 team.

He might have reached superstar status had the Red Sox kept him and was part of the 1967 renaissance.