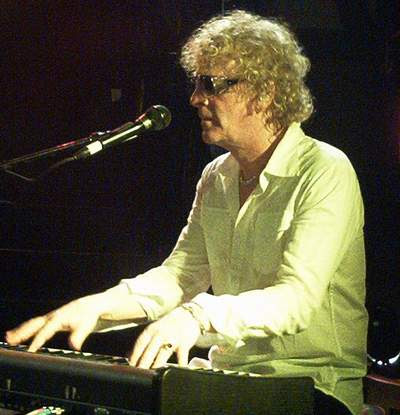 I only caught a brief part of Saturday night's Red Sox game with the Orioles, as I went to Ian Hunter's show at The City Winery in the West Village last night. It was the first time seeing him live, and boy, can that man still rock at the age of 70!

I was in a bar/restaurant near the show with my dear friend and Mott the Hoople fanatic Joan, who arranged to get me to the show. We talked over some old times from our Tower Records days, and at one point I asked the owner of the bar if he could put on the Red Sox-Orioles game, which he was kind enough to do.

It was just in time to see Marco Scutaro blast a three-run shot into the Monster seats to make it 4-3, Red Sox. We left to go to the show but I was following the game on my cell phone, and it was 7-3 in the 8th on my next update, as I saw the Kevin Youkilis belted another three-run shot in the 7th. Finally, a comfortable win.

Hold the phone. I saw that Ramon Ramirez was in the game in the ninth (he really gives me the willies), and sure enough he gave up a homer and a double after the first out, so Jonathan Papelbon was summoned, and gave up three straight hits to make it 7-6. I started thinking that the Sox were going to totally ruin my night with Ian Hunter, as I really didn't want to keep checking my cell while the concert was going on.

As Ian and his band were concluding their first song, I saw the third out was made and the Sox held on. Papelbon struck out the final two hitters (including Ty Wigginton, who went 4-for-4 and always seems to give the Sox fits in recent years).

Red Sox go for the sweep today as Tim Wakefield makes his final start before heading to the pen with Daisuke Matsuzaka returning this coming week.
Posted by The Omnipotent Q at 12:09 PM

Ian used to come into Borders in Danbury when I worked in the music dept. there. Just kind of quietly walked around looking for cds. I guess he's been a Connecticut resident for 30+ yrs....

Good stuff, Jere. He's married to my late friend Joyce's cousin, so he spends a lot of time around here...