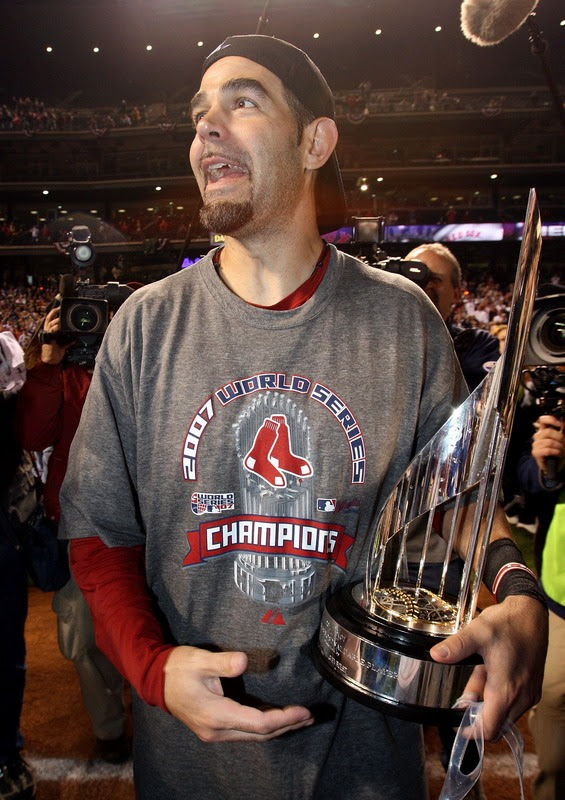 A report on NESN.com today says that Mike Lowell will call it a career after the 2010 season is over.

Lowell said today that he will almost certainly be done with baseball at the end of his deal, which would make this his final season.

It must be very frustrating for Lowell, who is currently occupying a seat on the Red Sox bench. I thought he'd get into last night's game after David Ortiz got tossed in the sixth inning, but Terry Francona sent in Jeremy Hermida instead (who got his first hit of the year). Tito did say that Lowell would play in one of the games in Kansas City this weekend.

No matter how it turns out, Lowell has always handled himself with nothing but total professionalism. He's won two World Series, a Gold Glove, a World Series MVP, and the total respect of Red Sox fans everywhere.
Posted by The Omnipotent Q at 6:32 PM

Yes - he will forever be a Red Sox hero as will by the way Varitek who is on a record setting hr pace.

Lowell will make some kind of positive impact before the year is out.

I hope so, Rick. I really hope Lowell doesn't rot on the bench and gets bitter over it.