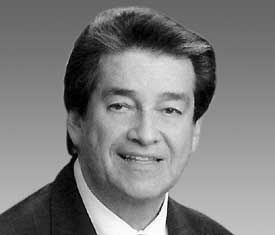 The case of the stolen baseball memorabilia now points to a man named Barry Halper (pictured), a Yankees minority owner, who died in 2005.

The Boston Herald reported today that Halper sold a contract from an 1879 player named E. B. Sutton in a 1999 auction. But the Herald discovered that the letter was part of a collection of letters stolen from the New York Public Library many years ago.

Halper also claimed in two interviews to own the will of Tommy McCarthy, a Boston NL player from the late 1800s. His will was part of a collection of wills from ballplayers that went missing from Suffolk Probate Court in Massachusetts. Many were returned in 1998, but McCarthy's never turned up.

Halper's former assistant says he has no idea where the will is.

This is part of the ever-widening probe by the FBI into stolen baseball memorabilia. I remember for years the local media here in New York would visit Halper's house in New Jersey (they were careful never to say his hometown to protect his privacy) and he would show off parts of his huge baseball collection.

I remember being really amazed by what he had: uniforms, hats, contracts, seats, autographed balls, and just about anything connected to baseball. His house was like a tour of the museum at Cooperstown. But now the feds at looking at his estate, and you have wonder how much of what he had was gotten under fraudulent purposes, and where ultimately the investigation will end up. Stay tuned.
Posted by The Omnipotent Q at 11:07 AM