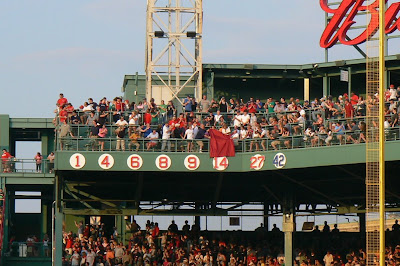 How in the hell do you allow the Oakland A's 21 hits, with the current lineup they are putting on the field?

The reliable Red Sox bullpen, having not allowed a run since the All-Star break, totally melted down last night, as they coughed up seven runs after Clay Buchholz departed in the sixth.

And it was to an Oakland A's team that had recently put up the white flag, having traded their best hitter, Matt Holliday, to the St. Louis Cardinals, last Friday. They have one of the worst offenses and records in the AL. And they got 21 bloody hits last night and nine runs, and won in 11 innings, 9-8.

Jonathan Papelbon was handed a three-run lead in the ninth and promptly coughed it up. Once again those damned, blasted leadoff walks led to the disaster. Don't ask me to figure out what's going on with this guy. Everything has to have melodrama this season with him. 1-2-3 ninth innings are becoming rarer and rarer. The walks are up to high levels, as well as the number of baserunners he's put on. And Oakland took advantage. A double brought in one run, and two costly Nick Green errors tied it up.

Oakland won it with two in the 11th off Manny Delcarmen, and the Red Sox could rally for just one in the bottom of the 11th before falling just short.

And New York was beaten by the Rays in St. Pete last night, 6-2, thus the Red Sox really wasted a golden opportunity to gain valuable ground in the AL East. And they ruined Jim Rice's number retirement ceremony at Fenway last night. (With thanks to my friend Jere of "A Red Sox Fan From Pinstripe Territory" for the cool picture I used here, as he was lucky enough to be in attendance last night.) Johnny Pesky, Jim's longtime mentor and friend, had the honor of pulling up the covering to show off the brand new "14" on the right field facade. (At least that went according to plan.)

The Red Sox traded Mark Kotsay to the White Sox before last night's game for light-hitting and slick-fielding outfielder Brian Anderson. He was immediately optioned to Pawtucket.

I think it goes without saying the Red Sox need to take the last two games with Oakland to try to wash the miserable taste out of their mouths from last night. Brad Penny will try to make that happen tonight.
Posted by The Omnipotent Q at 10:36 AM