Yet More Hilarity From Hank 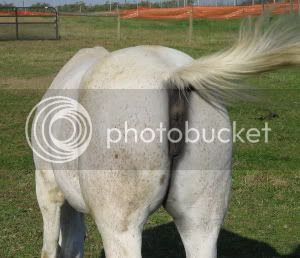 Hank Steinbrenner (pictured) is at it yet again. The man who only is where he is because of his pop's DNA gave his 1,000th interview of the year, and for the 1,000th time stuck his foot in his mouth and showed again what a total dimwit he is.

Hankenstein's pissed that his beloved Yankees are going home without a title for the eighth straight year, and especially that they have a better record than the LA Dodgers, who will win the NL West. So Mr. Hankee is miffed at the divisional system, which he feels is robbing his Yankees of their rightful place in the postseason.

Boo-f'n-hoo. Here's the column for your reading enjoyment.

He says his anger isn't the fact that Joe Torre's team will go to the playoffs and his isn't. BS on that. It's ALL about Torre going and the Yankees not. He also questioned the Cardinals winning the World Series two years ago while winning just 83 games. Hey Hank, your beloved Yankees won the Series in 2000 while winning just 87 games, one of the lowest totals ever for a champion. And the Yankees made it that year only because the AL East was particularly weak. (It's not always a great division, bird brain.)

I have to thank Mr. Hankee for an enjoyable year of acting like a complete moronic nitwit. It brought back those years when his pop George would do the most outrageous things when the Yankees were going bad.

And we look forward to more years of Hank and his raving stupidity.
Posted by The Omnipotent Q at 10:53 AM

"We have no material-quick let's call Hank so he says something outrageous!"

He's such a great source for comedy, Steel. Looking forward to more Hankee nonsense in the years to come...

I don't laugh as much as roll my eyes in resignation and chuckle.

It's the old idea of being oblivious and saying something that removes any shred of doubt as to how stupid you truly are, dear Q.

I will enjoy the many years of watching the "SS Yankee Minnow" on its "Three Hour Tour."

Hank makes the back page of The "NY Post" so much fun!!

THAT Pic of Hank, could also be used for OMar Minaya: