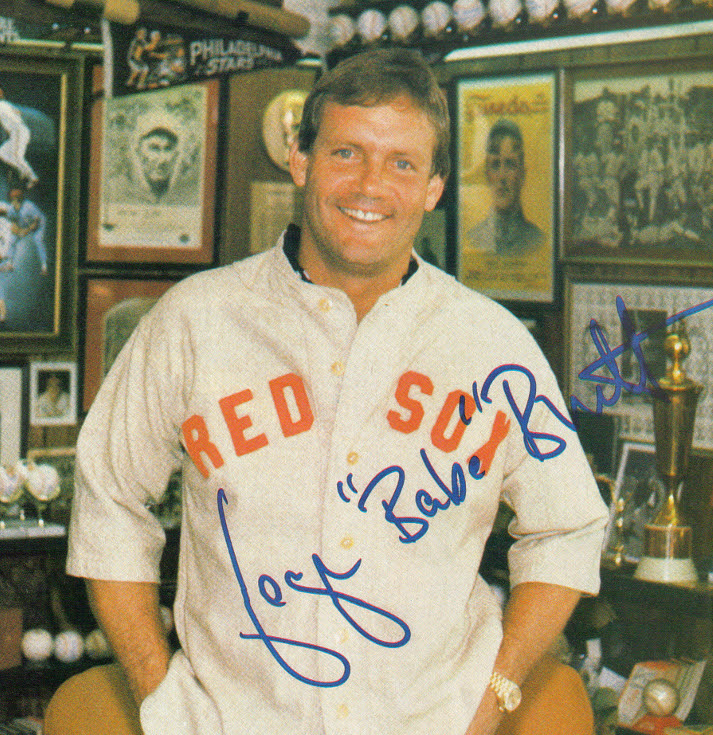 My friend Pete over at the Hauls of Shame web site has a fascinating post up now: the Top 10 fake items from the late Barry Halper's baseball collection.

It includes such items as Babe Ruth's 1914 rookie jersey (as modeled by George Brett in this 1985 photo), a glove worn by Cy Young, Shoeless Joe Jackson's 1919 White Sox jersey, and even the shotgun that was used to kill Ty Cobb's father.

Definitely worth the time to check out this article.

And my buddy Jere had a really clever blog title over at his site today:
"Unlike Junior Seau, Yanks Didn't Drive Off Cliff" (Lee, that is)