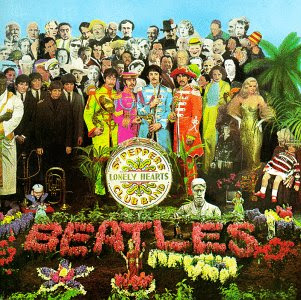 This Tuesday night we'll have another round of "Pop Album Trivia," which we haven't done in quite a while. I will give you the name of a famous pop album and you'll have to tell me the artist who made it. I will also give you the year it was recorded as well, so there won't be any confusion.

And no, "Sgt. Pepper's Lonely Hearts Club Band" will not be one of the choices.

The Sneak Peek for this week is:

When a player scores three goals in a hockey game, it is called what?

We will get going at the regular time of 9 PM. Great to see so many folks the last few weeks, and we should have another fine turnout on Tuesday night. See you then.
Posted by The Omnipotent Q at 4:00 AM

John, this might too much time and trouble for you but I'll still ask you. How about this. On your "day after the quiz" blog post, could you list the questions all the teams were asked and put the answers to them in the same post but way at the bottom. That way those of us who cannot get to NYC could still have some fun, maybe even inviting a few friends over and, 2 in a team, go though that list and ask them the questions and respective answers. I'll just copy and paste your question/answer list and have some fun. Would this take too much of your time? Thanks. Pete

Let me look into that, Peter...