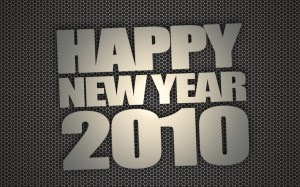 We had over 55,000 hits on the blog this year, with the busiest day being May 8th, when we had the most hits ever in one day at The Mighty Quinn Media Machine. (It was the sudden departure of Jerry Remy from the Red Sox broadcast booth because of his illness. We had 883 hits that day.)

Another decade is drawing to an end, and I can't help think back to December 31, 1999, and how much my life has changed since then. (Remember all that "Y2K" nonsense, and how the world was going to collapse on January 1, 2000?)

I wasn't a blogger yet, but I enjoyed being on the computer very much. I worked for a company called Bayside Distribution as a sales rep to many audio stores in New York, Long Island and Connecticut. (I was laid off in July 2000.) I wasn't a trivia host or acting in movies and TV yet. (Bayside was owned by Tower Records, and it disappeared when Tower went out of business in 2006.)

The Red Sox had just made the postseason in 1998 and 1999, and Pedro Martinez was the best pitcher in baseball. I rarely went into bars to watch Red Sox games. I didn't have the MLB package yet (it didn't exist at the time), and mostly watched the Red Sox on ESPN and Fox. But it was a dark time to be rooting for the Sox as the MFY had just won their third World Series in four years. But I was still a big Red Sox supporter, just as big as I am now.

The Minnesota Vikings had lost that awful NFC title game in January 1999, but were still one of the top teams in the NFL. 2000 would be a turning point, and they played one of the worst games in their history in January 2001 against the Giants, and Dennis Green would soon be gone. I hoping that as the decade ends, they are about to pass another turning point. We'll see.

"Who Wants to Be a Millionaire" was setting the world on fire with its ratings and I was hooked as a fan since its first night in August 1999. I had resolved one day to get on that show. (No one at the time said to me, "Be careful what you wish for, John...")

12/31/99 also didn't have what would become one of my favorite playthings: the iPod. I guess that would be my favorite thing about 2009. I finally got one, and absolutely got hooked on it. I only wish I had gotten one when they first hit the market in 2001.

In future years, I will remember this decade for two days of my life that changed me in ways I could never have imagined in 1999, and I don't have to explain what happened on either day.

They are polar opposite days of the spectrum in terms of deep, unabiding sadness and incredible, blissful joy.

But they will both forever be a part of me, wherever I go in this world.

I started off this decade as a music sales rep, waiting for that elusive Red Sox championship that many said we'd never see in our lifetimes. I end it as a Trivia Night host and background actor, and an eyewitness to not just one, but two Red Sox World Series championships. (It would take me all day and night to fully explain how 9/11/01 changed me. That's for another time.)

Now, if the Vikings can just win a Super Bowl...

I want to thank each and every one of you who comes to my site, whether you end up here accidentally or have become a regular reader. It is a joy for me to do write here, and I thank all of you who have written to me here.

Yes I had just moved to NYC a decade ago (almost to the day) and obviously life is a lot different now. I realized once after I lost my job and a job offer came from another city that living in New York was more important to me than a job in many ways and I needed to stay. A lot of ups and downs in NYC but that is what I like - it is a fuller life. Sorry for being philisophical

That quite all right, Rick. I was thinking of leaving NYC earlier this decade, but after the terrorist attacks I had to stay here. I guess I'm here for good.

Hope 2010 is better than 2009 for you. Thanks for checking out my site so often. Truck Day is getting closer and closer!

It will be great to watch World Series: Boston Red Sox,i have bought tickets from TicketFront.com looking forward to it.