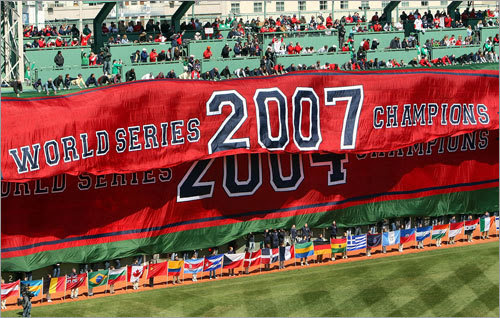 This Tuesday night will be our final Trivia Night for this decade. (They never really came up with a good name to describe this decade: "The 2000s", "The Aughts." Nothing ever sounded right. In this upcoming decade, what are we going to call it: "The Tens?" "The Teens?" They both sound horrible.) So to honor this turbulent decade, we will have as our Special Category: "Trivia of the Decade." It will be seven questions about the years between 2000 and 2009.

The Q Train lightning round will be "Audio Classic TV Themes Trivia." I will give you brief parts of ten themes from famous TV shows, mostly from the 1960s and 1970s, on audio and you will tell me what show it is.

The Sneak Peek question for this week is:
In 1986, who, at age 20, became the youngest heavyweight boxing champion in history?

We will start the festivities at 9 PM as usual. We had a fine crowd for our Christmas Trivia last week, and I hope to see many of you for our 2009 finale.
Posted by The Omnipotent Q at 10:48 AM