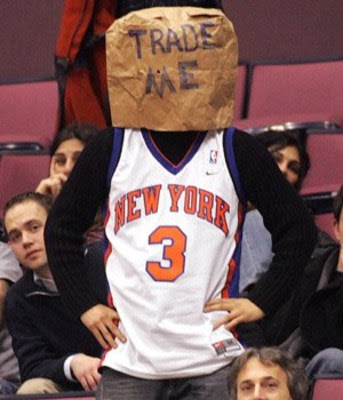 A few months ago, I finally had enough of reading the New York papers and swore them off. I was tired of reading their BS, especially last September 12th when both New York tabloids felt that Derek Jeter's Yankees hit record was more important news than the 8th anniversary remembrance at Ground Zero the day before. I certainly haven't regretted that decision.

But today I stumbled across something on the NY Daily News web site that I should have passed on but didn't. They had one of those "Best of the Decade in New York Sports" things, and I just about winced when I saw they picked the 2000 Yankees as "The Best Team of the Decade."

Are you f**king kidding me? That team is the third worst team in baseball history to win a World Series, having won just 87 games. (Only the 2006 Cardinals and the 1987 Twins were worse.) You could make a case for this past Yankees team as the best of the 2000s, as they had the best record of any team to win a World Series in this decade. But that Yankees team of 2000 lost 16 of their last 19 games, stumbling into the playoffs. But they righted the ship in time to beat the Mets in the World Series in five games. (It doesn't matter that it was New York's third straight title. This was not a great team. They'll be better remembered as the team with the most number of players in the Mitchell Report.)

And for the worst team: the 2007 and 2008 Mets teams? Again, you pick those teams over those putrid Knicks, Islanders and Jets teams of this decade? Sure, those Mets teams have the indignity of two unbelievable collapses. But they were still good teams for the better part of those seasons. If you're going to put good teams that collapsed on this list, then where are the 2004 Yankees on it? You know, the one that was just three outs from a sweep going into the World Series and made baseball history as the first team ever to blow a 3-0 lead in the postseason. Funny how they were passed over.

It just seems to reinforce the perception of many fans in New York that there is an pro-Yankees/anti-Mets bias in these papers. I'm not so sure those fans are wrong.

Anyway, inane lists like these are just another reason why I don't read these New York rags anymore.
Posted by The Omnipotent Q at 4:44 PM