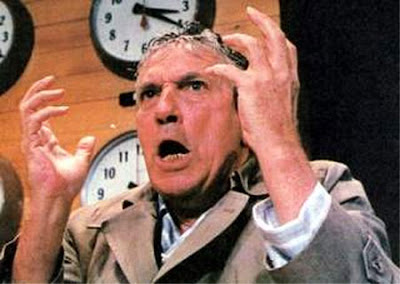 I think I speak for every Boston Red Sox fan when I say: I'm sick and tired of watching bad baseball.

When the score became 3-1 Tampa Bay in the fifth, I turned to my friend Jim and said, "It feels more like 13-1 right now." He agreed with me. It just felt like the game was lost at that point. And as it turned out, it was.

After 11 games, the Red Sox now own baseball's worst record.

Jon Lester pitched well enough to win. And naturally, almost no one showed up to support him.

Take a good long look in the mirror, boys. You have no one to blame but yourselves for the mess you're in right now. You can't play the injury card on this one. You are embarrassing your loyalest fans with this display of rotten baseball.

Ignore the press clippings. You have a lot to a prove, guys. A LOT.

Granted, there's not a lot the front office or Terry Francona can do now. They won't and shouldn't make panic moves. But it is totally in the players' hands to right this ship.

And now the only thing that stands between a Tampa Bay Rays sweep at Fenway on Wednesday is John Lackey.

God help us all.

I'm going to bed. I've done enough ranting for one night.
Posted by The Omnipotent Q at 2:20 AM

I wish the team on paper would show up