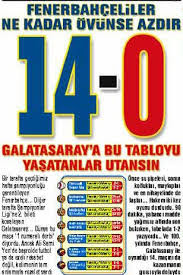 That football-like score (and I don't have the slightest idea what that photo I put up means) is the current record Jon Lester now possesses against the Baltimore Orioles, as he became the first pitcher ever to defeat a team 14 straight times without ever losing to them.

It looked like it was in some jeopardy when he gave up a run in the first and the first three Birds runners reached. But he settled in and went eight innings, allowing two runs.

The Red Sox were leaving runners everywhere before they finally busted open the game in the eighth, when Jarrod Saltalamacchia and Jacoby Ellsbury (another one who feasts on the O's) drove in runs to put the game on ice at 6-2.

I was hoping the Red Sox would go 5-4 on the just concluded road trip. They bested that with 6-3, despite losing the final series in Baltimore. The Sox are now 11-13 on the season.

The Red Sox return to Fenway Park tonight to face the Seattle Mariners. Today is the 25th anniversary of Roger Clemens' spectacular 20-strikeout game in 1986, which coincidentally came at Fenway against the Mariners. (Somehow I can't see Daisuke Matsuzaka equalling that feat.)

As many of you know, I am a fan of Babe Ruth, and the site College Crunch has an interesting article up called "10 Babe Ruth Facts Every Baseball Fan Should Know." Definitely check it out.

My friend Pete Nash always has something fascinating at Hauls of Shame, and today it's the story of a Lou Gehrig jersey from 1938, and a long, strange road it went down.

And the news comes today that our old friend Derek Lowe is in trouble, as he was arrested last night Atlanta on suspicion of driving under the influence of alcohol.
Posted by The Omnipotent Q at 11:46 AM