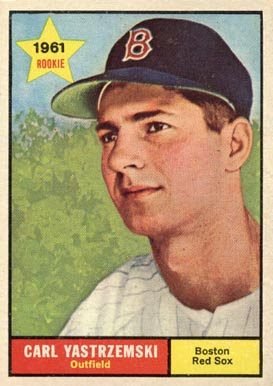 My friend Adam sent me a good email today about good MLB teams that started slowly to begin a season that actually finished strong and made the playoffs in the last decade. Check this out:

The two teams that swept the Sox to start the season--Texas and Cleveland--are a combined 15-3. Maybe those teams are just hot right now. Also, the Sox may be 2-7, but they're only 4 games out of 1st place (with 153 games to go). Some teams start slowly. Here's a list of AL teams since 2001 that have started slowly and made the playoffs:

My friend Chris Jaffe at The Hardball Times has an interesting article today on his site about a number of anniversaries happening today, including the 50th anniversary of the debut of Carl Yastrzemski.

And a Happy 39th birthday to another Red Sox Captain, Jason Varitek, as well.

Chris also has another good article about the rise of retired numbers. Definitely worth a read.
Posted by The Omnipotent Q at 5:22 PM