The Scoreboard Was Loud Last Night 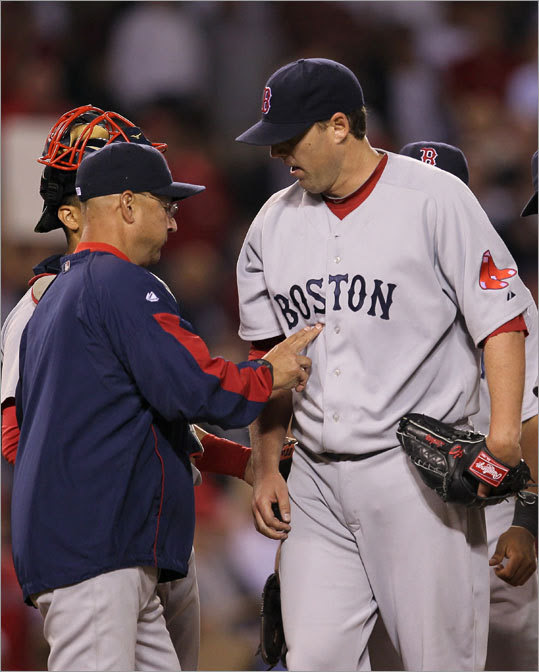 John Lackey made his return to the stadium he called home for eight seasons last night, and the Angels fans didn't let him forget they weren't happy with his decision to leave for the Red Sox last winter.

The hero of Game 7 of the 2002 World Series was booed lustily by the Anaheim faithful, and Lackey took note.

“The scoreboard talks the loudest," he said after the game, and it sure did, as he pitched 7 1/3 innings, allowing two runs, which included a home run to Bobby Abreu on his 124th and final pitch of the night. It was Lackey's second straight terrific performance, and he is now 10-5 on the season. Lackey is known as a very good second half pitcher, and he appears on his way to a strong finish for 2010.

Daniel Bard came on and got the last two outs of the eighth, and Jonathan Papelbon picked up his 24th save of the year as the Sox took the series from the Halos, 4-2.

The Red Sox were leaving runners in scoring position during this game, including the bases loaded in the first. It looked like another one of those games until Jed Lowrie doubled in two in the seventh to make it 2-1. Jered Weaver looked strong until two outs in that inning, but a walk and a single in front of Lowrie led to his clutch hit. Single runs in the 8th and 9th proved the difference in the game.

Josh Beckett takes the mound this afternoon in Anaheim as the Red Sox go for the sweep. However, Terry Francona said before today's game that both Daniel Bard and Jonathan Papelbon would not be available for the road trip finale.

Well, they better get a good long start from Beckett today.

And Mike Lowell had one helluva rehab game for Pawtucket at Toledo last night, as he blasted three home runs and had five RBI. It appears he will be activated on Friday.
Posted by The Omnipotent Q at 12:29 PM