DVDs and Books This Week 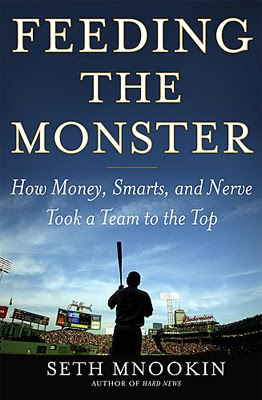 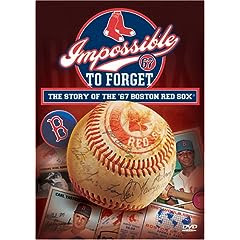 Today is the release day for "Impossible To Forget: The Story of the 1967 Red Sox." As many of you know, I make an appearance in the film, as one of the "talking heads" speaking about that incredible team. The film was really well-received, and has been shown on NESN many times. The DVD has many added features, including a complete film of the September 30th game against the Minnesota Twins. If you'd like to know more about it, check this out at Amazon.com:
http://www.amazon.com/Impossible-Forget-Story-Boston-Red/dp/B000PC1PAM/ref=pd_bbs_sr_1/105-9566921-9774059?ie=UTF8&s=dvd&qid=1181668560&sr=1-1

Professor Thom's will also be doing a viewing of the film, during the week of June 26. Filmmaker and director Brett Rapkin will be on hand for the film. (I will let you all know when a specific time and date have been announced.)

At PT's this Thursday, author Seth Mnookin will be on hand to autograph copies of his terrific book, "Feeding the Monster," and will also chat and answer questions from the fans. Seth did a similar event at PT's last year, and it fascinating to hear him talk about the inner access he had to the Red Sox while writing the book. And he's a really nice guy, with a very good web site you should check out too: http://www.sethmnookin.com/blog/.

The festivities get under way that night at 7, during the Red Sox-Rockies game.
Posted by The Omnipotent Q at 1:12 PM