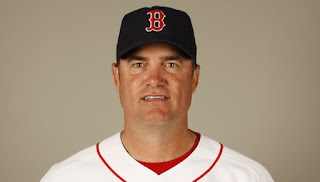 The Red Sox have gotten the manager they wanted, as John Farrell and the Sox reached an agreement on a new three-year contract. The Sox and Blue Jays have also reached a deal on compensation for Farrell's return to Boston as manager, and that will be announced in a few days.

It couldn't be John Lackey, could it? WEEI says the rumored compensation could be Mike Aviles.

Anyway, welcome back, Mr. Farrell. Nice to have someone back in charge I respect. We're glad to have you back. As well as some sanity.