We Deserved Better Than This 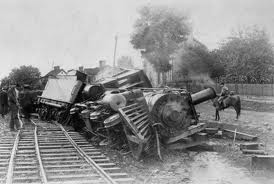 This complete and utter disaster of a season ends for the Red Sox tonight in the Bronx.

Bobby Valentine's Reign of Terror as manager should also conclude with his firing shortly afterwards.

I was totally confident the Red Sox would blow that game last night, even with a 3-1 lead in the 9th. And it absolutely boggles my mind what happened in the 11th. The Yankees intentionally walked Pedro Ciriaco with a man on second and two outs, with Jose Iglesias on deck. The YES Network put up a graphic during the walk that the Sox had eight position players on the bench, including Mike Aviles. They figured, like just about everyone else, that Valentine would pinch-hit in that situation.

But what happens? He lets Iglesias, batting .107 with 1 RBI, hit. Does Valentine want to win this game? This is the same manager who pinch-hit in the middle of an Iglesias at-bat a couple of weeks ago. Iglesias grounds out to third. Sox lose in 12 innings. Figures.

The Red Sox had a chance to get back a modicum of dignity last night, by making the Yankees squirm and tie the AL East race, but couldn't even get that done right. All they've done is let us down in 2012.

Valentine is simply an awful in-game manager, and has proved it time and again this season. He was the absolute wrong man for this team, and that is on upper management. Ben Cherington wanted no part of this guy (remember how he was set to name Dale Sveum as manager?), but Larry Lucchino, in his infinite wisdom, foisted him upon all of Red Sox Nation. I'll admit, I was willing to give Valentine a chance, to see what he could do in what surely was his last chance to manage a winner. It was either going to be a big success or an unmitigated disaster. Guess which one it was?

This has been the worst year by far that I have gone through as a Red Sox fan. As fans we have been embarrassed all year along (and since September of 2011) by the stupid nonsense that has gone on around this team, and The Smartest Guy In The Room has only added to it. John Henry, Tom Werner and Lucchino are as equally responsible for the laughingstock the Red Sox franchise has become. But we have also become humiliated by it as well.

I wrote this not along ago, but I will write it again. If The Trio decide to go another year with Valentine, I will officially boycott this team until Valentine is gone as manager. I simply cannot see any scenario where bringing him back to flush another year down the crapper makes any sense whatsoever. The fan reaction should that happen will be earthquake-like. Fans right now are angry and embarrassed, and want big changes now. There will be many empty seats at Fenway next year should that occur. I will NOT give my money to an organization that treats me like a moron.

69-92. The first last-place finish since 1992. That is absolutely, positively unacceptable. The fans deserve much, much better. The Sox needed to get off to a good start to put last September behind them, and that didn't happen. (I knew they were dead when they started 1-5.) Letting Terry Francona go after 2011 has proven to be a disastrous decision, and it was multiplied by bringing Valentine in. If ownership really cares about this franchise, they will bounce Valentine and the entire coaching staff on Thursday and start with a clean slate for 2013. The Sox simply aren't as bad as their record indicates. But this coming offseason will be an extremely important one. The next manager hire will be a very crucial one, and who he brings in through trades and free agency will be, too. Cherington also needs to get some of the clubhouse lawyers out of Boston as well.

I feel like my team was taken away from me with all the horseshit that went on in Boston in 2012. The Trio can start to repair their fractured relationship with their fanbase by firing Valentine as soon as possible. Whatever can be flushed from the 2012 season needs to go as soon as the last out is made tonight.

The Boston Red Sox have gone off the rails. It's time to put the train back on the tracks. The Hot Stove begins tonight. And it could be one of the most important offseasons in my lifetime.

4 and 1/2 months until pitchers and catchers in Ft. Myers.
Posted by The Omnipotent Q at 11:26 AM