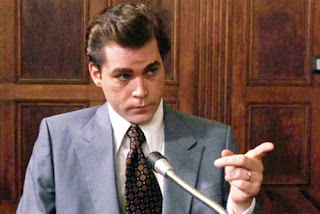 Tuesday Night Trivia will feature "Mob Movies Trivia" as the Special Category this week, in honor of the late mobster Henry Hill, who passed away last Tuesday. It will be seven questions about gangsters on celluloid.

And on the other end of the spectrum, the Q Train lightning round will feature "Paul McCartney Songs Trivia." Today is the legendary Beatle's 70th birthday, and to honor Paul, I will give you ten hit songs associated with Paul. You have to tell me whether the songs was originally done by the Beatles or by Paul as a solo artist. (Don't worry, all ten were hits. No deep catalog songs.)

The Sneak Peek question for this week is:
"A traditional sonnet contains how many lines?"

We will get started right after 9 PM. We had a huge crowd last Tuesday, and hopefully that will continue, so I would suggest getting in a bit earlier to get a prime table. Hope to see many of you on Tuesday night.

And since it's Paul's 70th, I have to play this clip, from a concert Paul did many years ago in Moscow: