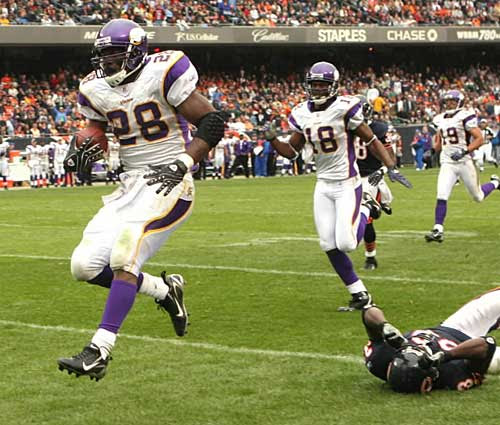 Adrian Peterson was selected today as the NFL's Offensive Rookie of the Year for 2007. The vote wasn't close, and once he broke the single-game rushing record, you knew Peterson was a lock for the award. He led the conference in rushing, and was second in rushing touchdowns with 13, despite missing two games with a knee injury.


Peterson was slowed the last four games, as it looked like he wasn't 100% following the injury. But it was still a big year for him, and the award was well-deserved. His future looks very bright, and he was a godsend of a pick for the Vikings.
More on the selection:
http://msn.foxsports.com/nfl/story/7627062
Posted by The Omnipotent Q at 1:27 PM