Salty Drops The Number To 7 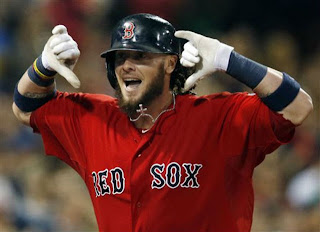 Salty broke a 4-4 tie with the Yankees in the 7th inning with a majestic grand slam that landed in the right field bleachers. The Sox went on to an 8-4 win, capped by Koji Uehara extending his "perfect game" to 37 batters with yet another 1-2-3 ninth inning.

The number to eliminate New York from the AL East race is at 4, and if the Sox sweep the Yankees this weekend, they officially only have the Wild Card to play for.