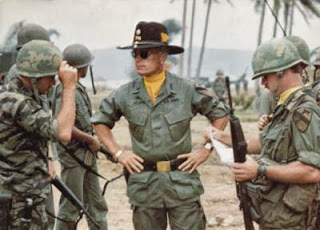 This Tuesday night at The Mad Hatter, Trivia Night will feature "Dead Rock Stars Trivia," seven questions about rock and pop music stars who left this world way before their time. (No questions about Justin Bieber, even though he is still alive but most people would love to see him gone.)

The Q Train lightning round will have "American War Movies Trivia," as I will give you the name and year a certain war picture came out and you tell me which war I'm talking about.

The Sneak Peek question for this week is:
"South Africa was first colonized by what European country?"

We get started at 8 PM on Tuesday night at The Mad Hatter, which is on E. 26th Street and 3rd Avenue. Hope to see many of you there for a terrific night of Trivia Q&A!

Posted by The Omnipotent Q at 6:12 AM