Just Another Reason To Forget 2012 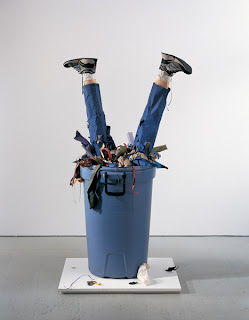 In the MVP vote that was just announced (deservedly won by Triple Crown winner Miguel Cabrera), not one Red Sox player got even one vote.

The Red Sox have had some awful teams in that time span. Even the 1932 team, which went 43-111 and is the worst team in Red Sox history, had a player get an MVP vote. (I'm betting that would be Dale Alexander, who won the batting title that year.)

Who do you blame for this lack of MVP candidates in 2012? Bobby Valentine, of course.

Just another reason to wipe 2012 from the collective memory of Red Sox fans everywhere.
Posted by The Omnipotent Q at 11:08 AM