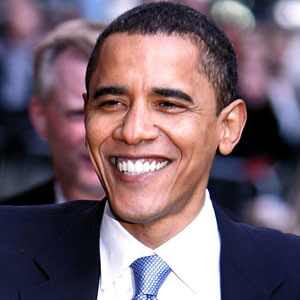 To say that today is a monumental day in the history of the United States is the understatement of the century for sure. At noon, Barack Obama will take the oath of office and will become the 44th President of the United States, and the first black president. It is something most in this country thought they would never see in their lifetimes, Yours Truly included.

Obama walks into the White House under absolutely enormous pressure, unlike any president since Franklin D. Roosevelt. He's made out to be the country's savior, and a cross between George Washington and Abraham Lincoln. I think there are too many people in this nation who think the country will turn around in the other direction on January 21st because Mr. Obama has the reins of power.

He's got a lot on his plate, with the economy and the Iraq and Afghanistan conflicts at the top of his list. Mr. Obama is a symbol of hope for many Americans for sure, and right now he deserves everyone's support, whether you voted for him or not. It will take a long while for the economy to rebound from the major slump of last year, and don't expect any miracles from Mr. Obama. Time is what he needs.

As George W. Bush's presidency comes to an end, I've been hearing a lot of this "worst president ever" stuff from a lot of circles. I will say that you can't judge a president while he's in office, or has just departed. This is no defense of Mr. Bush, and he surely won't go down with Abe Lincoln or FDR when history does judge. Iraq is his legacy and the final chapter of that story hasn't been written and won't be for a long time. Many presidents were vilified in office and many were glad to see them leave, with Harry S. Truman an example. But history was very kind to Truman, and he's now considered one of the 20th century's best presidents. But to put Mr. Bush in the same league with the presidential bottom-feeders such as James Buchanan, Franklin Pierce, Warren G. Harding and Ulysses S. Grant is just a bit premature. We'll see.

America turns a new corner today, and Barack Obama goes to the head of the class and will be driving the bus for the next four years. It will be an interesting four years no doubt.

I wish Mr. Obama all the luck in the world. He'll need it.
Posted by The Omnipotent Q at 10:20 AM

You've succinctly expressed much of what I did in a rambling fashion. Well done.

We're all with President Obama...yesterday (Tues.) was a stirring day for me. Wow!!!