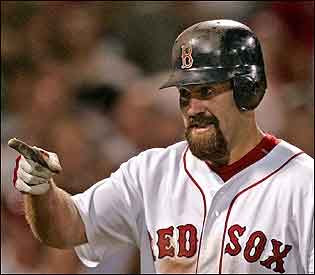 Kevin Youkilis reached a contract extension with the Red Sox yesterday, agreeing to a four-year, $40 million deal with the Sox. They avoided arbitration with Youk, and it's a fabulous deal for the Red Sox, as well as Youk.

The Red Sox will have to deal with two arbitration cases, that of Jonathan Papelbon and Javier Lopez. In his seven years running the ship with the Red Sox, Theo Epstein has still yet to have to deal with even one arbitration. My guess is that the club with try to reach a deal with both players. Pap made just under $800,000 last season.
Posted by The Omnipotent Q at 5:02 PM