Just a Heartbeat Away... 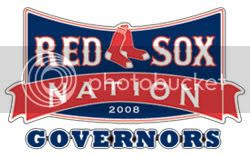 Today Governor of Red Sox Nation New York Chris Wertz announced the officers of his administration, and Yours Truly has been named "Lieutenant Guvna of Trivial Things." I am certainly honored to be serving so high up in Gov. Wertz' administration, and I am just a heartbeat away from the top office. I really appreciate the confidence that Gov. Wertz has shown in me, and I promise him, and everyone serving under him, that I will not let them down.

Here is the list of appointments, with more still to be announced.

I think that this will be amicable, with no Battle For Power over the Year: