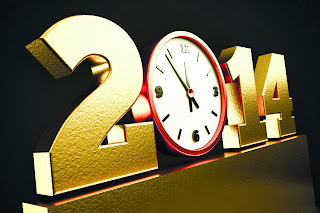 This is my 288th and final post on The Mighty Quinn Media Machine for 2013. It's been an interesting year to say the least.

It was a year for the ages to be a Red Sox fan, as our team came from last place in 2012 to shock the world and win their third World Series championship in ten years. It buried the failures of 2011 and 2012. It was simply magical, and it was the most emotional of three wins for me (yes, even more than 2004).

The team came off the rails in 2011, and it was successfully put back on by Ben Cherington, John Farrell and the entire 2013 club. Thank you Red Sox for an extraordinary year.

It was a miserable year to be a Minnesota Vikings fan, as the team regressed badly, especially at the QB position and on defense. The Vikings still have talent, and will have a new coach in 2014. Notre Dame also fell back a bit, to 9-4, but that was expected, as they lost a number of critical players on defense and had a much tougher schedule.

It was a year of transition for my Trivia Empire, as we left one in February, and another in November. As I write this, we have not settled on a new venue in Manhattan yet, but hope to have a new place soon. I thank all of you for supporting me and my Trivia Night, and I hope to see you all again soon in the new place.

It was not a good year overall for my background acting career, as I worked just four times all year. There's a lot of reasons why, and I won't go into it here. Let's just hope for more work in 2014.

I want to wish you all a very Happy New Year, and I hope you all have a successful 2014. I have been writing less here as the years go on, but I still value my writing here and thank all of you who stop by here for whatever reason.

Thank you and God bless you all.
Posted by The Omnipotent Q at 11:09 AM