2013 Nominees For The IABHoF Announced 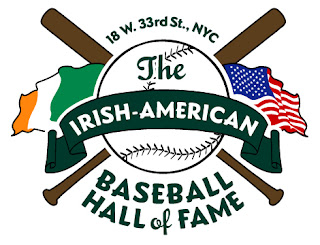 It's appropriate that this weekend, as we honor St. Patrick, the 2013 nominees for the Irish American Baseball Hall of Fame were announced, and it is quite a diverse group.

The Irish American Baseball Hall of Fame is located inside Foley's NY Pub and Restaurant, which is located at 18 West 33rd Street, right across the street from the Empire State Building.

The class of 2013 will be announced by Foley's later this spring.
Posted by The Omnipotent Q at 11:50 AM